These yearly round up posts are starting to come around a bit too quickly for comfort . Whats happened in 2018 then ? . Well , essentially I’ve been lazy and busy at the same time ; lazy in that I’ve posted very few blogs for reasons which I’ll explain but also busy as it’s the year I actually managed to bring to completion and print the ‘Extreme Scotland’ book project. 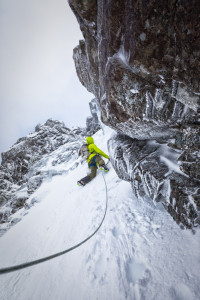 So why haven’t I posted blogs? Facebook now deliberately withhold  posts , or indeed anyones posts from a business page unless you pay to reach the people that follow you , so even though over 2000 people want to follow my page and receive posts , unless I pay , the organic reach is a few hundred only , so it makes a bit of a joke of building up FB followers. FB in my opinion have not had a good year and are not serving the people that use their service , but now serving the shareholders mostly .

But, now to the photography, having moved to Edinburgh in July 2017 , I was then able to finish the book relatively more easily than had I still been living in Essex.

The early part of the year was frustrating, there was lots of snow and good conditions but I had a broken distal phalanx on my little finger and had to give it time to heal, so no climbing or anything that involved gripping or even risking knocking the tip of it . It took 3 months to feel anything like solid and even now , a year later still gives pain at times 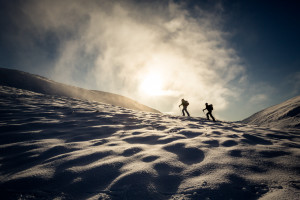 I had hoped to get out more ski touring and make use of the great conditions but it was still a struggle juggling commuting, working on the book and general life but we did get a couple of blue bird days in Glenshee, this image was actually taken right at the start of the day when we were leaving the car park , the clouds and early mist then burnt off and the conditions weren’t nearly as good for photography. It’s so important to have the camera handy , the idea that ‘ I’ll get that shot later ‘ just doesn’t work , because that actual combination of light , clouds , athletes may never happen again . I try and have my camera on a chest harness so its sitting where its accessible and not in the way. 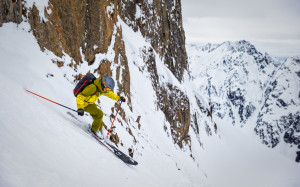 I was then in Austria with the Ellis Brigham team shooting the White Book ski brochure. This was a challenging shoot as the conditions and light were just awful. Flat light is bad enough to ski in , but try taking dynamic , engaging images that really show case the skiers and the kit and its hard. Unless we had rock face in the background, it just looked like a white out so we had to be creative with how to use the landscape. 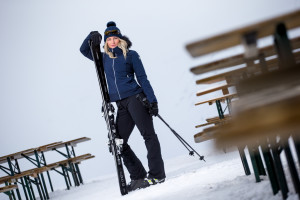 This image of Pam modelling the HD gear is actually on a terrace with a supposedly stunning view of mountains behind it. enough said.  Luckily , using the Elinchrom ELB 400, it allows me to get the light where I need it to be for static shots, its do able for fast dynamic shots as well but not so useful as I shoot at 11 fps on the Canon 1 D and flash would only give me one shot . 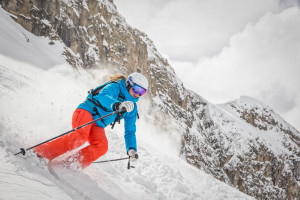 Nevertheless, on the 8 days we were there, we had 2 days of half decent weather so tried to make the most of it and any little breaks in the clouds that we had.

Winter in Scotland delivered the goods and we had great conditions for skiing and winter climbing shoots. I was working with Mike Pescod, Sally Hudson and Caspar Mckeever back on the Ben and Aonach Mor for the Brigham Mountain catalogues and we had good snow , good ice and half decent conditions . 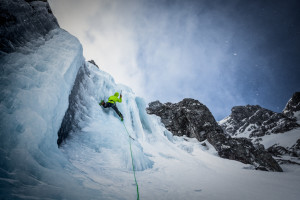 It was then I had to turn my mind to actually finishing the book , deciding where the gaps were in the book and putting together a team to photograph what I felt still lacked in the book. The team was Joe Saunders , a friend and strong climber , Heather Osborn who responded to a FB post and Elana Bader , whose poetry was featured in the book. It was a great trip with stunning conditions on Skye, atmospheric in Torridon and some very drunken nights in Shieldaig. 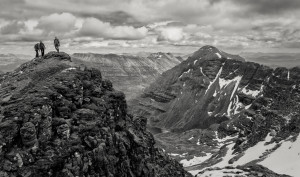 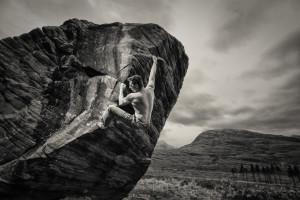 Blair Aitken invited me along on the British Backcountry ski trip to the CIC hut on the Ben, these guys are some of the best steep skiers in Scotland , skiing some of the GD 2 gullies on Ben Nevis, this is gnarly, and steep and there was no way I was ready to ski this stuff , but I was able to photograph it and some of the images are in the book. Compositionally , this image is my fave from the images I shot over the 2 days. I like working with strong diagonals and central compositions and the contrast between the rock wall and the gully I think worked well. 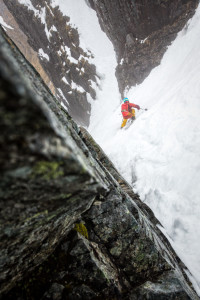 The curve ball of the year came when I got a call from Ted Baker marketing team to do a mountain shoot and film for them. The original plan had been to do this in the Peak district but I was able to talk them around to shooting it in Scotland which is much more dramatic and actually mountainous rather than slightly hilly in the Peak District, ( sorry Sheffield , you know its true ) 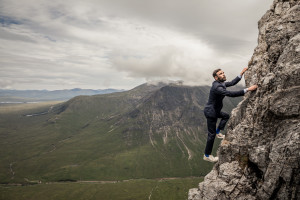 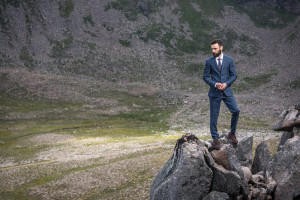 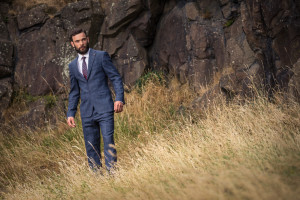 Check out the film , Matt had asked me if people jump between the pinnacles on fingers Ridge, I advised this was not a thing to do as the consequences of getting it wrong were catastrophic and we still had to finish the film ! Watch the film to see what he does !

Then we were back to shooting the Spring Summer Brigham brochures, this time at the same time as Storm Ali, We were seeming to time our shoots perfectly with the worst weather possible, but the challenge is always to work with what you’ve got and find situations that look good and dramatic and even though the light was rubbish , the Elinchrom delivered the goods. 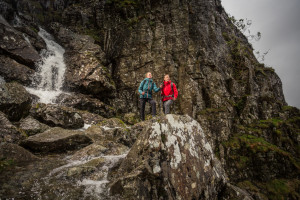 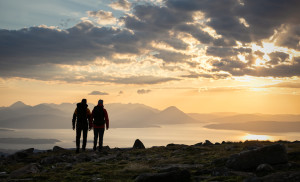 There’s more I could say about the last couple of months but essentially I was burnt out after the frenetic activity of getting the book done, the commuting had taken its toll on my health and I seemed to be ill for about 3 months with low level viral things and I didn’t touch the camera for a while . 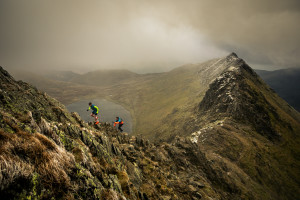 Hope you all have a great 2019 , look forward to meeting you on the hill, on a workshop or at a talk somewhere .

Thanks for reading , Best Wishes.