An Artist and his Muse

Mario Testino has Kate Moss, Man Ray had Kiki de Montparnasse and I guess I have, well I have Colin Peck. I don’t mean ‘have’ him in any sort of biblical sense, but when I look back through the images that have been important for me and the person that consistently comes up in many of these images is my good pal Colin Peck. Super psyched rock and Ice climber, cyclist, Iron man, keeper of chickens, baker of victoria sponges and lover of weepy musicals, Colin is as much an enigma as he is a phenomenal athlete. Quite why he agrees to climb with such a punter like me is a mystery but for some reason , over our many trips over the years, some of my best images have come through his willingness to jump on the sharp end of a rope or no rope at all and get into some cool and heartstopping moments to capture an image. 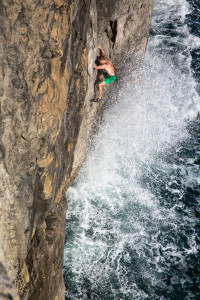 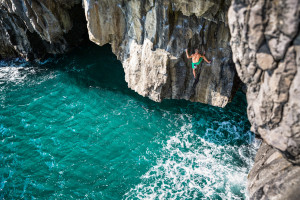 The first image that got some recognition was this image of Archangel on a very cold and snowy day in march 2011, the plan was to photograph and climb in the Peak, the wind was bitterly cold, I could barely feel my fingers, we could see a front of snow approaching and rather than warm up on something less necky, Colin jumped straight onto the bold and unprotected arete of Archangel. the image became the trad photo of the year on UKC and got me onto the radar of the organisers of the Kendal Film festival and was then invited to have an exhibition of my work at Kendal. That may not have happened if it wasn’t for that image. 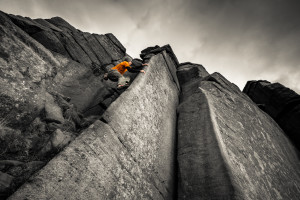 Colins body is more akin to a machine than anything resembling a human and he’s rarely , if ever, ill. If people have instruction manuals, some would be weighty and complicated tomes ‘don’t give any gluten , avoid caffeine after 6pm, be careful with MSG or food colourings , don’t give too much sugar etc etc. Colins instruction manual would probably be the smallest manual on the planet, ‘ Put bread and water in , point at rock/ice/bike/road/ , after epic day put more bread and water in, put to bed, repeat ad nauseam. Thats it , no fusses, no quirks , no allergies, intolerances, preferences. His balance of food intake and and calories used is probably the most efficient of any one I have ever known. Food is fuel, thats it, and bodily waste is in the form of a dry pellet ejected at the same time every day, no fuss , no hassle. 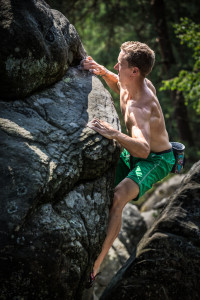 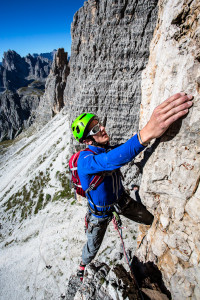 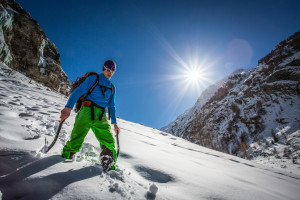 Its not all sweetness and light though, when it comes to money to say Colin is tighter than a pigeons areshole is probably an understatement . he nearly wept when on one of the first group ice climbing trips to the Ecrins, he saw the communal shopping trolley filling with such delicacies as olives, cheese, chocolate and nuts. things he had heard that people who live in far way and exotic lands would eat but never experienced as they cost way more than the bulk bag of quorn and rice that would be his normal staple diet at home. His normal weekly food bill would be around £15. 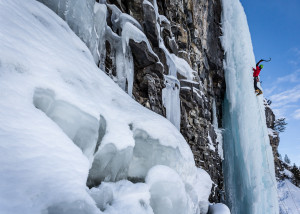 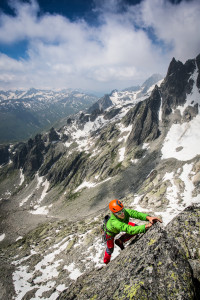 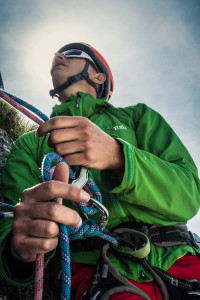 For some reason, most likely his single minded determination to train and play as hard as possible, he is still single, but I feel that 2015 is his year for it all to come together. A woman who loves the outdoors as much as he, can whip up a candlelit quorn and rice meal for 2 and will happily sit through and enjoy ‘Wicked’, ‘Les Mis’ and countless other weepy musicals. So ladies, form an orderly queue and grab a bargain while you can. Find him linked on the Facebook and twitter feeds : ) 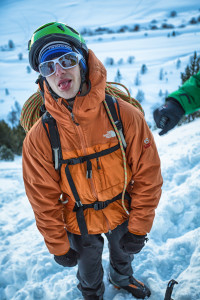