This is the first blog in a while and the reasons will make sense further on. This was part 2 of Naked Mountain , exploring themes of art nude in the landscape and using the imagery to create a sense of drama/ freedom. You can read about the first shoot here http://www.nadirkhan.co.uk/blog/naked-mountain/  But looking at the images now , I understand that something much more personal and deeper was going on. An artist can’t be separated from the emotional state and wants going on inside your head and this shoot for me was perhaps a way of translating the last 6 months into my images.

The first image I called ‘Death’, Helen , the model and I had planned a trip to Yorkshire to shoot some more images for the Naked Mountain series. The weather was shockingly bad, 3C , winds of 40-50mph on top of Malham Cove. Really we should have cancelled the shoot but for some reason i thought maybe we’d get breaks in the weather and be okay , wrong !! 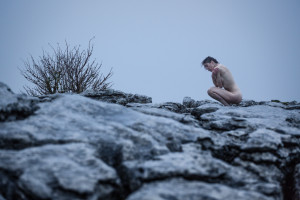 Day 1 , Malham Cove, I didn’t expect Helen to want to get out the car , let alone pose for this shot, but she was up for it and so I found this little composition , the sky was blanket cloud, rain coming in from the NW so I had to keep my back to the rain in the hope of keeping the lens clear and shot with the 70-200 which has a long lens hood and the only option when its raining heavily. We shot for about 2-3 mins, long enough for all Helens clothes to be soaking wet when she put them back on. I guess this image speaks to me of a deep sense of loss,  being alone, exposed and in a very vulnerable place. In a sense this represents  the life I had shared, the sense of security , stability , certainty  and comfort and its very much an image of exposing yourself to the harshness of what life throws at you.

Day 2 , Grinton Smelt Mines. We were staying at Grinton Lodge and the forecast was bad for the following day so we found some ruins to shoot around in the hope of hiding from the worst of the weather. This  image speaks to me of a sense of surrender. You can fight against the pain , the confusion and try and hide from the dark feelings that rise up , but sooner or later you realise that the only way forward is to surrender and to make peace with these feelings, realise that they are part of you , part of what Jung calls the shadows, that part of our psyche that we want to hide and pretend isn’t there, but its there and the more you fight it , the worse it is. One of the things that have been most helpful to me in the process of coming to terms with change, loss and grief  is the technique of mindfulness meditation. The following poem is from the book ‘ Mindfulness, a practical guide’ by mark Williams  and I’d highly recommend it to anyone , irrespective of whatever trauma you’re going through 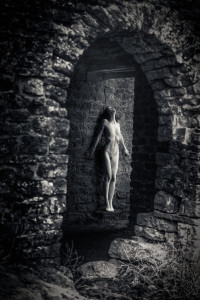 The Guest House, by Rumi

This being human is a guest house.
Every morning a new arrival.

A joy, a depression, a meanness,
some momentary awareness comes
as an unexpected visitor.

Welcome and entertain them all!
Even if they’re a crowd of sorrows,
who violently sweep your house
empty of its furniture,
still, treat each guest honorably.
He may be clearing you out
for some new delight.

The dark thought, the shame, the malice,
meet them at the door laughing,
and invite them in.

Be grateful for whoever comes,
because each has been sent
as a guide from beyond. 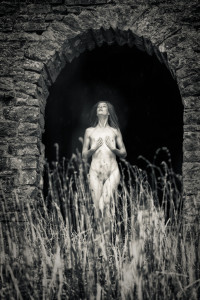 The final image in the blog I call ‘Emergence’ because , eventually , you have to come out the other side of the pain , Get busy living or get busy dying from ‘The Shawshank redemption ‘ sums it up. You need to choose life and eventually you have to move forward, let go of the grief and go forward. Pick yourself up and live.  But grief is a funny thing, you think you’re over it and then , bang , something hits you and knocks the air out of your chest , but the gaps between the puches get longer , and you find you can breathe a bit better and freer and life starts to take on a new shape . But grief and sorrow somehow stretches your heart and makes more room there to feel , to emaphasize and to understand our humanity.