Its that time of year again , time to look back , assess, make plans , set intention for a new year. I actually enjoy the process of looking back , but of the top of my head I was struggling to think if I had taken any images that I was happy with till I looked back at my Instagram feed and reminded myself that there were indeed some moments that I can feel happy with from a creative point of view. There were some high points, New Zealand was amazing , meeting new people, new possibilities and infinite choices to sit with and find out what’s important to me moving forward into 2017.

First up was a trip to N Wales, I was wanting to shoot a music video for a piece of music that I had recorded. Its  a cover of Jimmy Pages’ Bron-Y -Aur which was written by Jimmy in ’71 in N Wales , so it seemed fitting to me to go and record a video of me playing the piece in N Wales . But it just proved to problematic trying to get the scenes that I wanted on my own , trying to film it and be in the shots as well,  so shelved that project for a while and put my landscape hat on and got a couple of shots that I was fairly happy with. 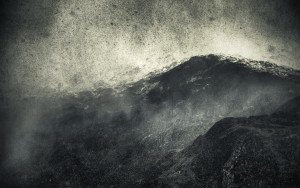 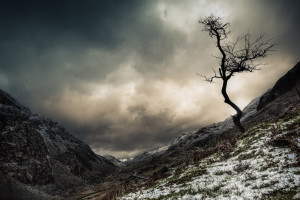 The Llanberis Pass is a beautiful place and I find it inspiring in all sorts of weather. The first shot was taken in a snowstorm as I was descending down from Crib Goch and the second shot a lone tree looking back up the pass .

Then I was up to Scotland, originally I was booked to shoot the BMC winter workshop at Glenmore Lodge but that ended up being cancelled at the last minute but as I already had flights booked I went up anyway and was with Tom Livingstone and Uisdean Hawthorn to get some images in the N Corries , conditions weren’t ideal for climbing but got this one of Tom on Pick’n’Mix. Abseiling of a snow bollard in above freezing conditions wasn’t ideal but at least I got this shot for the effort. 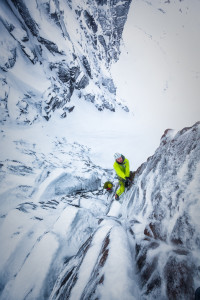 I was then back up to Scotland shooting images for the Lodge for the new winter brochure, again , conditions were challenging with wet warm weather and rain on the tops rather than snow or ice so the challenge is keeping the front element clear enough to get workable images 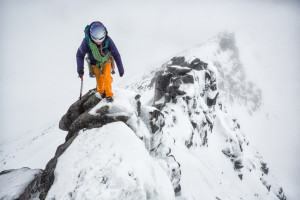 Luckily Lou was wearing bright clothing that had a bit of pop on an otherwise claggy grey day with low viz. Interestingly, I’ve just started using a product called Oakley Nanoclear Hydrophobic solution on my lenses to help stop snow and ice from sticking to the lens. So far it seems really good but not used it yet in ‘Scottish’ conditions , which as we all know , is the real test of a piece of kit or product !

but here it is anyway if you’re interested https://www.amazon.co.uk/Oakley-Nanoclear-Cleaner-Hydrophobic-accessories/dp/B00519MSL4/ref=sr_1_1?ie=UTF8&qid=1482760456&sr=8-1&keywords=oakley+nanoclear

After that it was off to sunnier climes to dust of my kitesurfing skills, haven’t kited for a few years now so thought I’d kill 2 birds with a trip to Essaouira in Morocco. Difficult conditions as there’s a big break you have to jump over to get out into calmer water and my jumping skills aren’t all that so usually ended up getting trashed , lost my sunglasses, left my harness in a taxi , got a speeding ticket and generally was a bit of a flat trip both creatively and internally. only really got one image that I was happy with from the trip 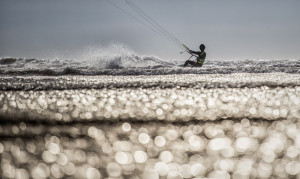 Straight after Morocco I was shooting a film for Elinchrom and the new HySync trigger that they’ve specifically designed for use with the quadra system. It allows using shutter speeds above the normal sync speed of the camera . In the past I had used Pocket Wizard TT5 with a hack that allows you to shoot above sync speed and they were mostly good but sometimes just didn’t want to work for no good reason and the Elinchrom trigger just does what it says on the tin so super happy with them. The only down side is it doesn’t allow you to mix the quadra with speedlites, something that I often did in studio type situations .

We got a few decent shots from the day , probably my favourite was this shot of an elderly couple sitting taking in the view at Fronton while a young ‘un jumps around behind them. I used 2 quadras on the shot to make sure the subject and the couple were well lit . 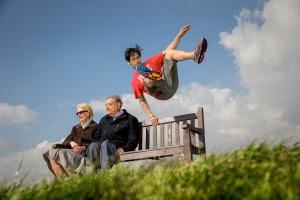 A ski touring trip to the Ecrins was up next with Clement Mounier as our guide and Rob Benton from Dream Trails also along for the ride. As luck would have it we got some fresh snow the week before we arrived and mostly had good conditions for the 4 days touring up to the Ecrins hut and around the area

Then I was shooting with Jordan and Naomi Buys in Malham as Naomi had just finished a successful ascent of Wicked Gravity 8a , a project she had started 4 years previously but for various reasons had taken some time for all the elements of fitness /lack of injury/ weather /bird bans etc to allow for a successful ascent . I was pleased that one of the images we shot that weekend made it into the Landscape Photographer of the Year book 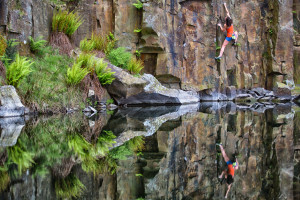 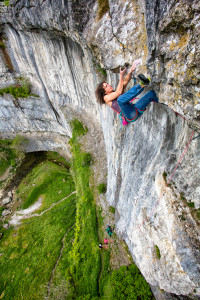 Just before I left the country for a month I was shooting some summer rock for Glenmore Lodge. The original plan had been to shoot Classic Rock around the Coe and on the Ben but , Scottish weather being as it is the W Coast was pouring so we headed out East to the coast to get what we needed. Again I was shooting with the Quadra ELB400 to get the shots I wanted . Perhaps this shot for me was the standout shot of the few day we were there 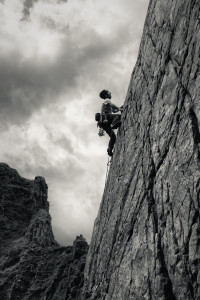 It had been my plan for many years to go to New Zealand to visit and finally in 2016 i was able to take 3 weeks off work and go. My motives were many and varied ; When I first graduated from Glasgow many years ago I had planned to go to NZ to work but for various reasons that never materialised but I thought I owed it to myself to at least go and visit. So essentially I was going to ski , travel a bit , make some friends and take some pics. As it transpired on my second day I was sitting in a cafe and the was chatting to the couple at the table next to me who essentially offered me a job straight away , so food for thought ! I did some shots for Treble Cone resort and travelled down to Milford Sound and out to Haast bay. I stayed in Wanaka mostly as a base and travelled out from there. My thoughts were of an amazing country that I would love to explore more. As far as going there to live , well , lets see ; ) 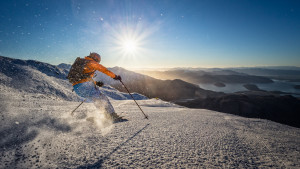 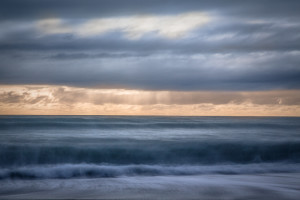 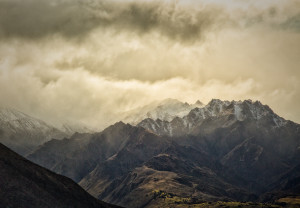 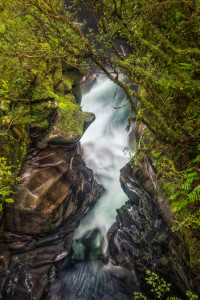 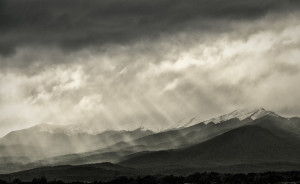 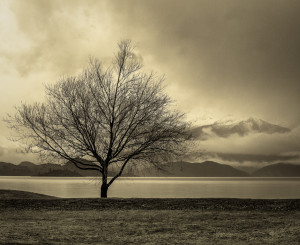 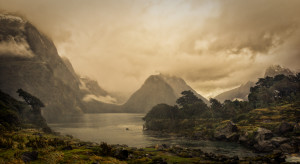 The next major shoot was the Salomon Skyline Scotland event which I was filming both a short film of the 3 day event and also a trailer for the event next year . It was 3 days of hard graft , up a mountain or 2 every day , filming and working with the weather to try and make something that was both representative and inspiring. Laurie jones was my assistant and luckily he’s as fit as a butchers dog so I could load him up with tripod, slider, gimbals etc and it barely broke his stride. Here’s the film and if you have decent broadband click the HD button so you get the high res version

A very short breather back home before heading out to Innsbruck with Ellis Brigham to shoot the new Spring/Summer 2017 brochure . Jordan and Naomi, Lilly Jones and Martin Agterberg were the models and we were shooting some mountaineering type shots, some walking, some urban running and just some lifestyle chilling shots. We were lucky with the weather and got the shots we wanted , maybe this one of Jordan and Naomi on the ridge was one of my favourite shots and the shot of Lilly and Martin running through the misty forest. 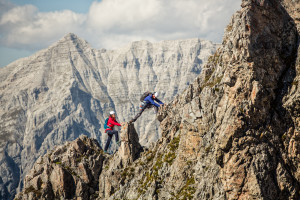 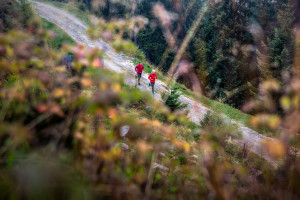 A plan I had been working on for a while was setting up an Adventure sports photography workshop in conjunction with Glenmore Lodge and in Oct we get the first one up and running. The conditions couldn’t have been better, with crisp autumnal weather , beautiful colours in the trees and moody skies just when we needed them . I limited the spaces to 6 people so that everyone would feel like they were getting individual attention. The feedback was really good and all the clients got some cool shots . here’s a few I took demonstrating some of the positions we were working in. We were using the Elinchrom quadra system as well as the hysync triggers kindly supplied by the Flash Centre . 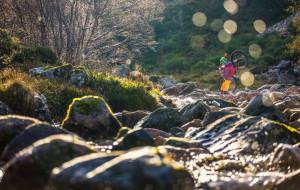 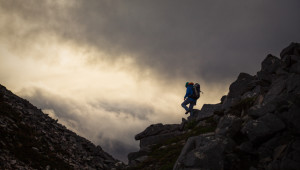 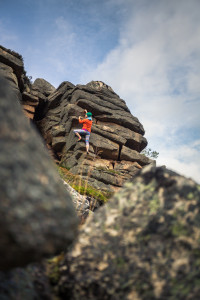 And then finally in 2016 , a trip to La Palma, a small volcanic island in the Canaries for a short hit of winter sun and a bit of walking around the Caldera and Volcano ridges that make up the Island . Its a tiny Island , but well worth the time to explore , and cheap too ! I even had the pleasure of one of the rooks nicking my sandwich  out of my kitbag and flying away with it . It tricked us into a false sense of security by seeming all friendly and then it made its move , pretty smart bird really !

It was also the first time shooting with the new 5D mark iv. In many ways its very similar in layout to the mark iii, the difference being a higher MP count , touch screen and really good video auto follow focus. As always with canon , they make the DSLR cameras not as good as they could be in order to protect the Cine range of cameras they also sell. Its a strategy that earns them a lot of abuse and dissatisfaction from customers . 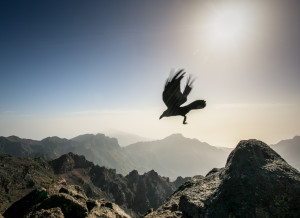 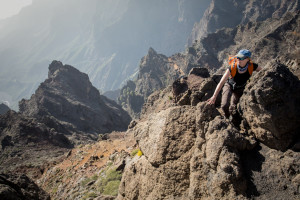 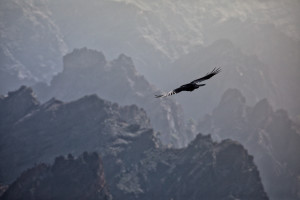 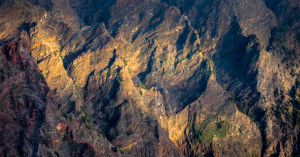 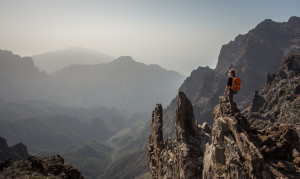 So thats my round up, hope you found something inspiring you to get your camera and go on an adventure , whatever that may be and whatever shape that comes in. If you’re interested in the adventure photography course we’ll be running that again this year in Oct/Nov time.

Thanks again to Fstop Gear for making the best camera bags in the world , Elinchrom and the Flash Centre for the support they provide and Vango for providing Tent, sleeping bags and the F10 alpine pack .

Thanks for reading and best wishes for 2017