I’ve had a few days at home as a respite from whats seems to be a lot of Scottish gnarl. They tell me that sometimes the wind stops blowing and the sun actually shines in the winter in Scotland, I don’t believe them.

I was up in Ft William for the film festival which was really cool. The Black Cuillin film was being screened on the Fri night and it was great to see it up on the big screen. Kev Shields and I were also trying to tie up some loose ends with some filming that we had started last year before his ankle injury made travel in the mountains very painful so will be starting work on editing that soon.

The Saturday I hooked up with Ali Rose and Josef from Germany to climb a mixed route called crest route on Stob Coire nan Lochan. Now, I’ll say that I haven’t done loads of mixed Scottish and found it felt hard and precarious when compared to good solid continental ice climbing but we did the route and got some cool images as well so a result.Even got involved in an avalanche rescue of someone that had been swept down twisting gully and injured a knee, could have been a lot worse so a lucky man. 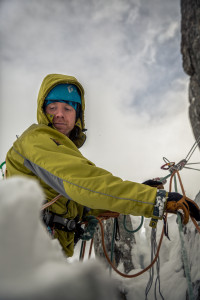 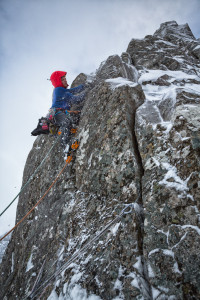 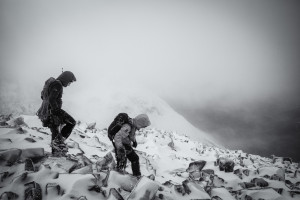 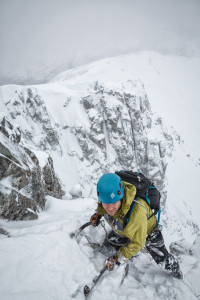 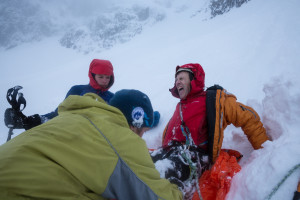 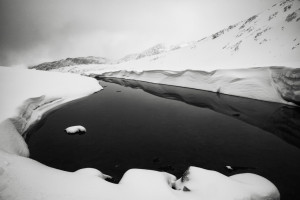 I’ve been trialing the F-stop Loka ultralight camera pack. I’ve used F-stop gear for a few years now and they are, without doubt, the best camera packs available. I’ve used them for everything from biking, skiing, alpine climbing to street photography and they can take anything you throw at them. The ultralight is 500g lighter than the standard loka and it still is an awesome bag. 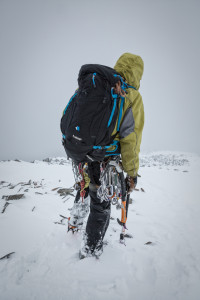 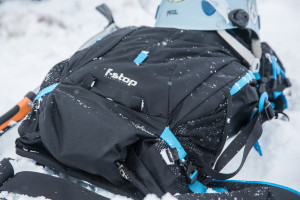 The following day was hooking up with Ines Papert. Ines, for those who don’t know her, is one of the top Alpinists  in the world and has a string of hard first ascents and repeats under her belt. Ali and I were meeting up with her in the Cairngorms ski car park at 6.30am , in a bid to get on ‘The Hurting’ before the winds became ballistic and the chances of climbing the route were blown away. However , by the time we got to the car park , the winds were already shaking the camper vans there and snow was being blown around in a hoolie. I had serious doubts if we would get anywhere at all in the conditions but there was no point in deciding in the car park so headed up to check out the route and see if there was any shelter from the wind.  Amazingly, even though conditions were bad, really bad,  Ines tied in and got on the route, an almost unbelievable level of commitment , determination and balls of steel were required for this route on this day. I sat on an abseil rope and jugged up , making sure I was far enough away not to distract her or affect her in any way. Its tenuous climbing, on improbable hooks and torques, with barely adequate gear on rounded slopery type granite. It was a struggle keeping lenses and camera free of snow and ice. I couldn’t see anything through the view finder as it was full of ice and snow, my wet gloved finger doing a poor job of clearing the glass. I use OPTIFOG lens solution on the lens and that stops the snow from smearing or sticking to the glass and it can be brushed away without leaving any residue. An hour later she was standing on the top having climbed one of the hardest trad mixed routes in the world , wow ! 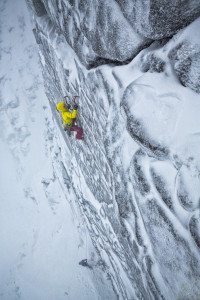 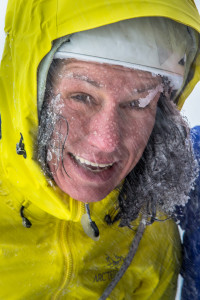 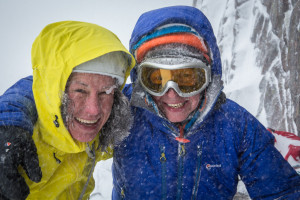 Next stop was shooting for Glenmore Lodge for their Winter climbing courses. Glenmore Lodge is the National centre in Scotland for all things outdoors and is a superb place to be based with some of the most professional instructors in the country. I’ve done a few shoots for the Lodge before and it was nice to see my images as wall paper in the main corridor of the centre 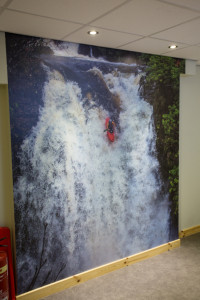 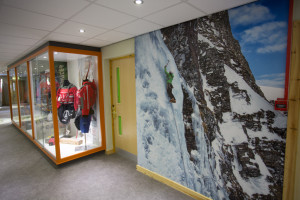 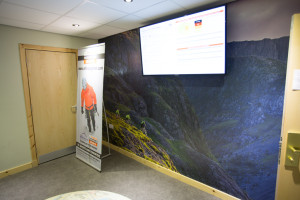 One of the things that strikes me about the Cairngorms is just how windy it is , all the time!!. its unbelievable how brutal the conditions can be on the mountains there. Driving around in Aviemore , visiting tea shops etc is like being on a different planet to the conditions you experience on the mountains only a few miles away. One thing I do absolultey love about the N Corries is the way the light lies on the land. The Corries are N facing and the approach is from the N so you’re facing the sun for the walk in. This creates strong back lighting , and a look that I really like. Add to that the strong winds and the snow and you’ve got a winning combo. Its no surprise that 3 of the images that were in the Landscape photographer of the Year book 2014 were taken in the Cairngorms. Normally you can’t see wind , only its effects upon structures , but add a little snow to the wind and its like the wind comes alive and has body and structure , combine that with climbers and strong light and its a winner . Another feature of the N Corries that makes it work so well is that with the low level of the sun in winter , the light rays are almost parallel to the lie of the hillside on the approach so giving long shadows, which can be used as lead in lines 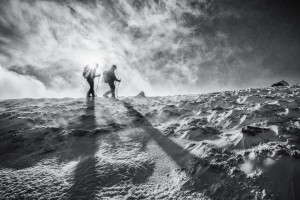 The day I was shooting the winter climbing with Graeme was a super gnarly day, high winds , wind chill of -20c , the camera had ice all over the back of the body as the condensation from my breath just froze around the dials and Kirk Watson and I  were stood on a belay for an hour waiting for the climbers , who had decided to stop for lunch!, to get up to us. 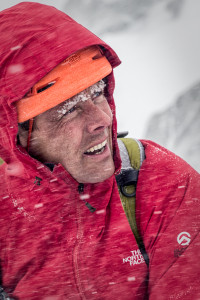 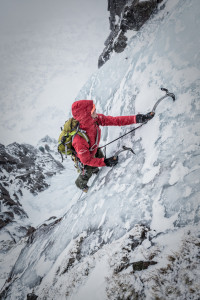 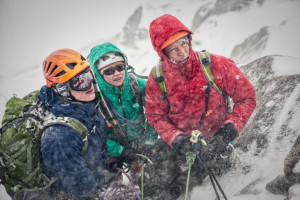 Next stop , the CIC hut on Ben Nevis next week shooting with Guy, Murdo and Caff , so that will be another tale of Scottish gnarl , especially with those guys .