Just got back from a ski touring trip to the beautiful Ecrins region of the French S Alps. Its a place I’ve visited many times before in winter for ice climbing and in the summer for rock climbing and white water paddling. It has some of the best paddling in France and seemingly rock everywhere you care to look. But this time was a bit of a new venture for me into ski touring. Along for the ride was Eddie and Rob from Dream trails and making sure we didn’t kill ourselves or do anything stupid was Clement Mounier our guide and all round good guy to get us up and down where ever we were going without too many mishaps. 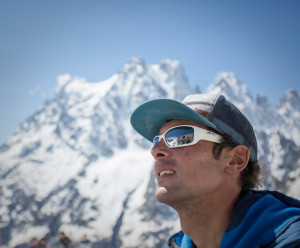 I’ve mostly snowboarded and skiing has only come along in the past 3 years so I’ve been keen to try and get my skiing level up to a reasonable standard. Thats all well and good on pistes or just off a piste but ski touring is where I really wanted to be so this was a first venture into the unknown. After a training day on the Glacier Noir we headed up the Glacier Blanc to try a few easy tours. 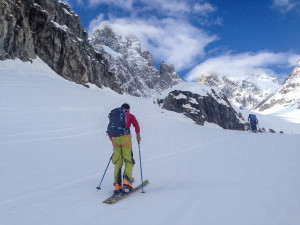 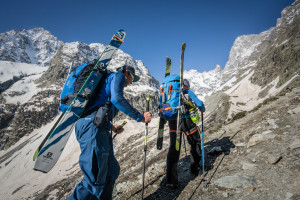 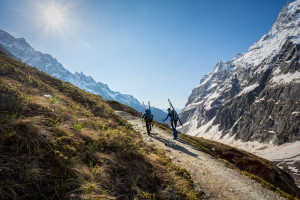 The views across the valley are stunning, we were incredibly lucky with the weather, it had snowed the previous week with 1m of fresh snow up high and then while we were there we had wall to wall blue skies , nice ! As I knew I was going to be outside of my comfort zone I was travelling light with the camera gear, just one body  the Canon 5D iii and 2 lenses , the 17-40 L and the 70-200 L f4. Clement kindly carried the 70-200 , his bag was already heavy so it made no difference to him ; )

Bag wise I was using my Loka UL f-stop gear bag. Its an awesome bag for all sorts of mountain adventures , will take skis, crampons, axes , has a zip in the back for easy access and keeps all the camera gear safe as well. IMHO , the best mountain camera bags around.

Ed was struggling with extreme pain in one of his shins , the hire boots were rubbing and much creative swapping out of inner boots with his own boots and Clement just about managed to get Ed going enough to get up to the Ecrins hut at around 3200m. There were lots of fresh avalanches all round and we each were carrying transceivers . At the hut we all rehydrated and made sure we replenished glycogen after the days touring. I’m always aware in huts of trying to drink just enough , but not too much to avoid having to get up for a wee in the night because its never a simple trip to the loo across the landing. Its usually wriggling out of a sleeping bag on the top shelf of a crowded dorm, getting some crocs on , head torch on and walking down a few flights of stairs and going out into subzero temps for a wee, somehow the more you want to avoid it , the more likely it is too happen and , right enough , come midnight , i was up and making a trip for a wee, doh ! 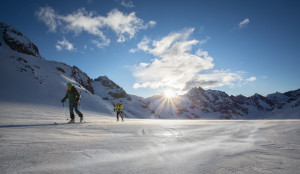 Next morning dawned crisp , cold and bright and we headed down from the hut and up the glacier, but Eds shin was agony and after an hour of skiing it was clear that he couldn’t go on. We made the decision then to ski down , and decide how he was coping and what other objectives there might be on the way. For Ed and I , we were just happy to have been up there, to pop our ski touring cherry and get a taste of the new world .  Plus it opened up new terrain that I hadn’t photographed before so was pleased with that. For seasoned skiers , what we did would al be very tame but you’ve got to start some where.

Clement and I then went and climbed La martine at Ponteil, a stunning crag that I had climbed at a few years ago and arguably one of the most photogenic routes on the crag, whtadya think ? 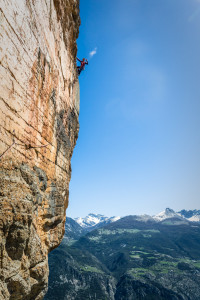 Thanks for reading and if you have any comments , drop me a line